PROYECTO PÁJARO MOSCA is the framework that supports our artistic and creative visions and opinions, ever-changing with each moment´s situation and needs. We are movement practitioners, mainly focused on human emotion and the creation of liaisons through art, work and affection. We understand Art as a form of knowledge which allows us to understand the complexity of the world, and transform it.

It was founded in 2012 in Mazatlán, Mexico, by Noemi Sánchez and Elisa Medina. Their artistic work has been developed in Mexico, Guatemala, Costa Rica, Nicaragua, Spain, the Basque Country, Italy and Switzerland. It has obtained awards and recognitions in various choreographic creation competitions: in 2014, Pájaro Mosca was awarded the SóLODOS EN DANZA Tour Award in Spain, sharing their piece throughout nine international dance festivals, from June to August of that same year, in Spain and the Basque Country.

BITÁCORA EN COMÚN was created as a frame or structure on which to build bridges, encourage encounters and generate liaisons. It seeks to carry-out movement research residencies in the city of Mazatlán, Mexico.

You can learn more about BITÁCORA EN COMÚN project soon 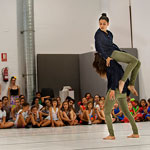 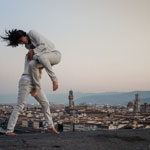 Or send us a mail to pajaromoscainfo@gmail.com